First, Merry Christmas!
What's been going on this week?
Well, a random thought rattling around in my head. I find it interesting that hams who buy QRP rigs often think that the absolute best antenna to use with them is some sort of a reduced length vertical, as though that will magically overcome every QRP rig's greatest shortcoming - low output power.
I admit, I'm guilty of the same. The KX2 looks sooooo cute sitting next to that neat little AX1 vertical. 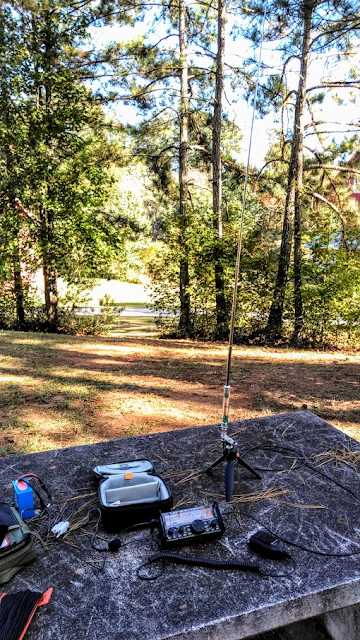 Truth is, any shortened antenna is a compromised antenna, and it's the worst thing you can use with a QRP rig. When operating at low transmit levels, the efficiency is all in the antenna. You need something that is both resonant and BIG! The bigger, the better. Think this: 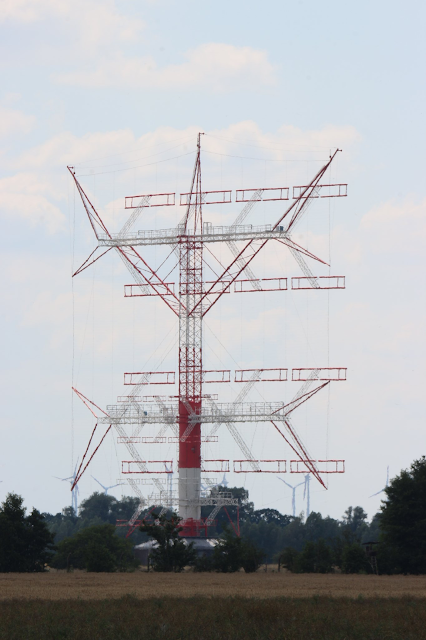 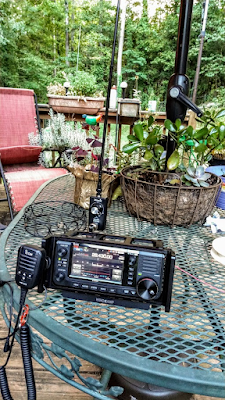 Short verticals have their place, and they can be a lot of fun to play with. I always have one with me as a 'quick setup' option, but for serious QRP work a long wire antenna simply can't be beat. My go-to design is the end fed half wave. It is fast and easy to get set up, as long as there's a tree or two available (and in Georgia there's always a tree or two available). I've got examples from several different manufacturers. All of them are good. For portable QRP work I highly recommend the Par EndFedz Trail-Friendly EFHW, sold by Vibroplex. It was recommended to me by my buddy Joe, KI4ASK, who's a dedicated SOTA/POTA guy. I've used mine fairly regularly for about a year, and I've got it adjusted so it's resonant on 10, 20 & 40 meters, so no tuner is needed. And it's small, really small. When wound up on its carrier it is about the size of an HT. 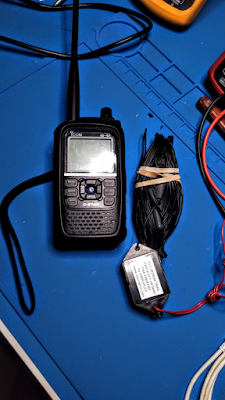 If I'm doing longer term or more serious communication duties, or bad weather is expected, I'll hang one of my EFLW antennas that can handle 100 watts or more and is weatherproof. I have examples from Chameleon, MyAntennas and perhaps one or two more manufacturers. All of them are good, and all of them are certainly better than any vertical antenna combo I've got.
Cables
I run a couple of LDG tuners with my Icom radios. The work great together, but there is one weak point - the LDG manufactured cables that connect the tuner to the radio. I've had several go bad on me - whoever makes them for LDG does a lousy job of crimping and soldering the Molex pin connections. I've had to repair two of them so far, and just yesterday one I had repaired in the past broke again. Grrrr... In the good old days I could just swing by the local Radio Shack and pick up an extra Molex connector or two. But these days everything is on-line. So I've got a pack of them on order from Amazon, but they won't be here until Tuesday. I guess no playing around on ALE until then. 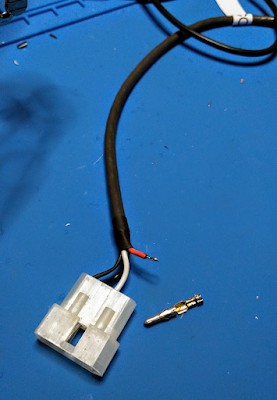 ALE
Speaking of ALE, someone finally published a good user guide for the Ion2G ALE software package. It wasn't written by the program's author, Devin Butterfield. This was written by one of the alpha and beta testers for Ion2G. It always befuddles me why so many software developers don't think putting together documentation for their applications is important.
Cobbling Together
I continue to play around with physical configurations for my IC-705. In case you hadn't heard... there's no tuner built into the IC-705. There are some good external tuner options - the Icom AH-705, the Vibroplex mAT 705 and the LDG Z100. All of them will interface directly with the 705 so that they will do 'sensed tuning'; if the tuner senses high SWR on a frequency when transmit starts it'll trigger a tuning cycle. All three are very good tuners. but the smallest by a wide margin is the mAT 705. I was looking at it last night and thought to myself, "Self, why can't we figure out a way to mount this thing to the IC-705's Windcamp ARK 705 cage for easy setup and a smaller footprint?" Self says, "Why not, let's give it a try!" After an hour or so of trying different mounting locations, I settled on what you see here. Through the modern miracle of Velcro, I give you the cobbled together IC-705/ARK 705/mAT 705 mash-up. 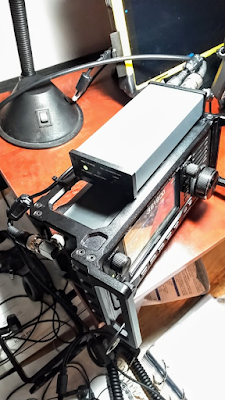 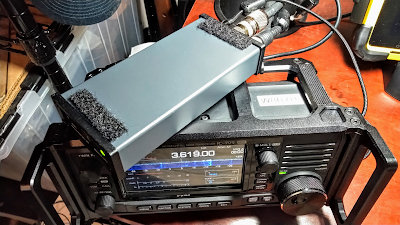 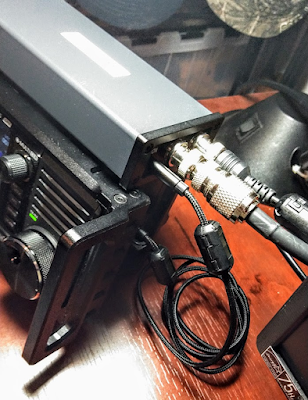 I think I'll do a dedicated post on this at a later date, once I've matured out the concept.
That's it for now. Once again, Merry Christmas, and Happy New Year!
W8BYH out
Posted by Brian at 9:12 AM