The View From The Bench 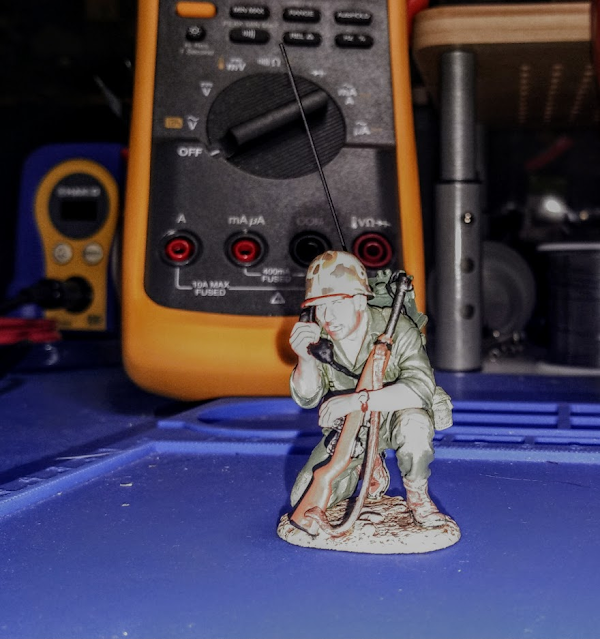 I think it's time to change things up. I've been blogging about ham radio for almost four years now, and most of my blogging is very deliberate - almost like I am writing for a commercial publication. This is in large part because I enjoy writing, and take pride in what I write. But this process is anything but spontaneous. Crafting a blog post, from start to finish, can take anywhere from a few hours to weeks, or more. For example, the series I wrote titled The EMCOMM Layer Cake took the better part of two months to research, talk to people, test software, work out concepts and write. Hardly spontaneous.

I want to introduce a little more immediacy to this blog. Grinding through two or three long posts per month doesn't allow me capture and comment on a lot of the small but relevant announcements and issues that pop up almost day-to-day in the ham radio world.

I actually do this on Facebook, posting my quick observations and comments across a number of the ham radio pages I follow. I could just set up a separate Facebook page and run things from there. That route is certainly easy, but I'm trying to reduce my social media footprint. Facebook use comes at a cost - they have started overloading member pages with intrusive ads and announcements, started censoring content they disagree with politically, and Facebook's corporate values are not my values. I appreciate the platform they provide, and its served me well for a number of years. But as a conservative Christian I find Facebook and most other social media platforms increasingly out of line with my values. I know that everything I post on Facebook is mined for their financial benefit, and scrutinized to see if it violates their leftist content standards. Facebook and I don't need each other, so I've decided to stick with this Blogger.com platform for my new initiative.

I know many of you are screaming "But Brian, Blogger.com is a Google platform, and they are the granddaddy of on-line exploitation and personal data mining!" I understand, but Google is pretty hands off with Blogger.com - it's a minimalist blogging platform that is ad free and comes without commercial announcements or censorship. Plus it's free to use. I'm OK with Google web-crawling all over my blog content in exchange for free use of their platform. They do it to the WordPress sites I run anyway, so I may as well get something free in exchange.

So, here on PRC-77.com I'm going to start recurring commentary posts titled The View From The Bench, where I'll roll up and comment on the fast moving things in the ham radio world that catch my interest. Short bullet points. Occasional witty repartee. Some insightful comments. Or, it could descend into mindless drivel. We'll see where it goes.

So stay tuned. I'll toss out the first The View From The Bench later this week.