For over a year I've been saying that the Lab599 TX-500 radio was little more than vaporware. It looked like a compelling design, but there was precious little word about the radio for well over 12 months.

But now, just as the ham radio world is in a whirl over the impending release of the Icom IC-705, this shows up on HRO's website: 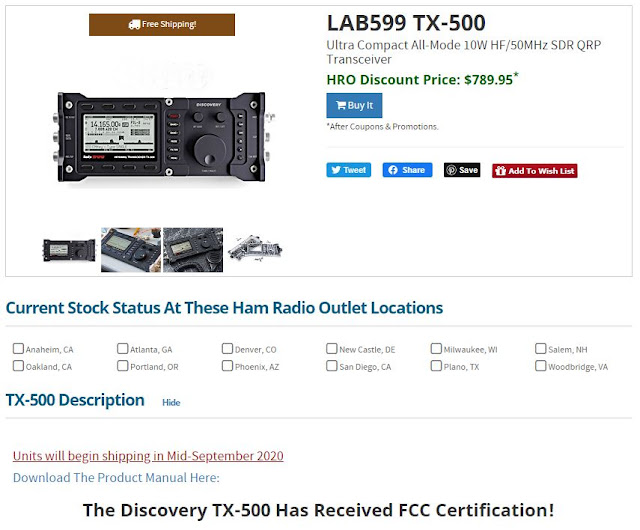 They even beat Icom to the punch by making sure the radio received its FCC certification before announcing its availability.

Almost immediately after the HRO announcement, Chameleon Antenna (a great company, and one that I trust and respect) revealed on their Facebook page that they had been involved in the testing of the TX-500. 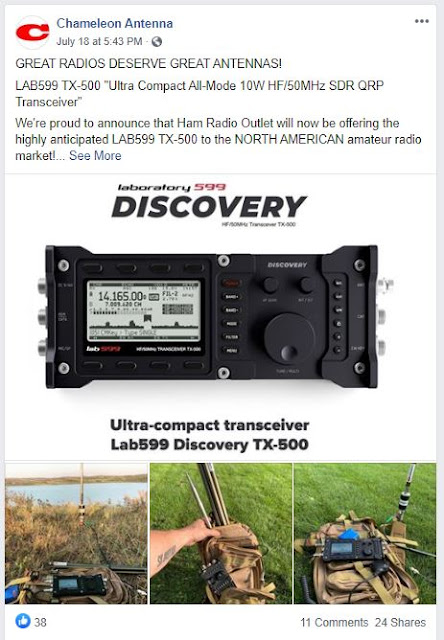 Well dang, maybe this radio isn't so 'vaporous' after all!

But to top it all off, Josh at Ham Radio Crash Course managed to get his hands on an evaluation unit and posted a video of it up on YouTube.


The design is compelling - the radio is relatively small and very, very thin. What it reminds me of is a plug-in expansion board for the old IBM PC - it's about the same size and thickness. But the radio achieves its small size by omitting a speaker, an internal battery and a tuner. What you get is essentially a no bells or whistles SDR transciever in a hardened enclosure. Is that bad? No, not at all. Based on what I've seen so far the radio seems well made and has all the expected features wrapped up in a compelling design. I actually LIKE the fact that there's no open ports or rubber pluggy things. If this radio takes off I can see the after-market comeing up with all sorts of accessories, like snap-on battery packs and maybe a compatible tuner.

However, I am extremely concerned about the country of origin - Russia. I'm glad that the big dog of Amateur Radio retail, HRO, has agreed to be the distributor for this radio. That means resoponsive warranty support and an assured supply of components.

Is there a TX-500 in my future? Way too early to say. I like the minimalist approach this radio takes, and if the performance reports are good, well, who knows!