The Amateur radio world went into a bit of a high hover this week over the discovery that Yaesu has submitted a new transceiver design to the FCC for testing and type acceptance. Of course Yaesu is mum on the subject, but the FCC filing gives us a few interesting tidbits.

According to the filing the radio has been designated the FT-818 (gee, no give-away there!) and the submitted test unit has the following basic functionality: 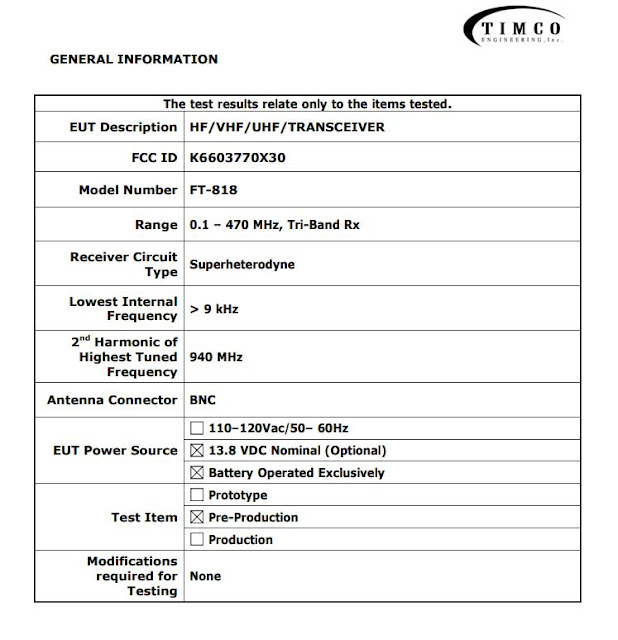 The confidentiality request Yaesu has submitted to the FCC, restricting the release of manuals and photos, is set to expire just before the Auguts 2018 JARL Ham Fair in Tokyo, so we'll likely see a product introduction at that show. Until then, on with the speculation!